SFDFF is delighted to announce the selected participants for the 2014 Co-Laboratory project. The Co-Laboratory is a unique collaboration between three teams of choreographers and filmmakers who will create three short dance films in a week, shortly before the 2014 festival. The intention is not to create the perfect film, but to bring professional artists into the atmosphere of a laboratory, one that challenges them to think collaboratively and explore possibilities for expression outside their fields, hopefully inspiring future creative relationships among local artists.

Funded in part by The Kenneth Rainin Foundation and the Fleishhacker Foundation, the three original interdisciplinary works for the screen will be premiered on the closing night of the festival, November 9 at the Brava Theater Center. The Co-Laboratory is an annual event to inspire and support local artists of different disciplines to collaboratively create dance films for local and global audiences.

“Brother From Another Time” by Cheryl Dunye & Jocquese Whitfield 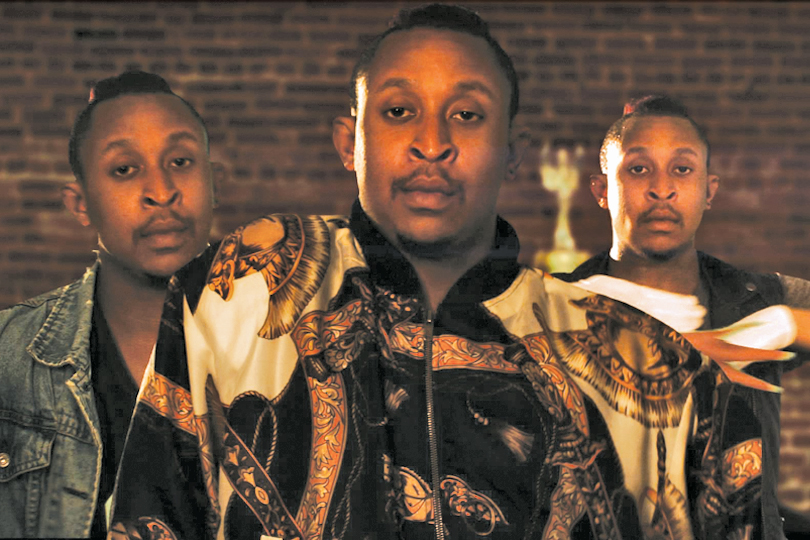 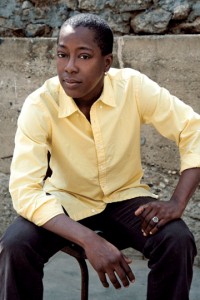 Cheryl Dunye is a native of Liberia, and holds an MFA from Rutgers University. Her fourth feature film, The Owls was celebrated at national and international film festivals in 2010. Her third feature film, Miramax’s My Baby’s Daddy, was a U.S. box office success. Her second feature, HBO Films Stranger Inside, garnered her an Independent Spirit award nomination for best director. Dunye’s debut film, The Watermelon Woman, was awarded the Teddy Bear at the Berlin International Film Festival in 1997. Her other works have premiered at film festivals and museums worldwide. Presently based in Oakland, Dunye is an Assitant Professor of Film in the Cinema Department at San Francisco State University. 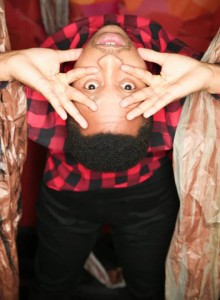 Jocquese Whitfield (aka: JoQ) is a dancer/choreographer born and raised in San Francisco. After starting his career steeped in the improvisation of freestyle hip-hop, Jocquese has added modern, classical, and Diasporic dance traditions over the last several years. His movement vocabulary revisits the bold, rebellious statements of the 1980’s as expressed through fashion, nightlife, and a love of the abstract. A shape-shifter, Jocquese challenges assumptions of sexual identity as he plays with gesture both “masculine” and “feminine”. He has been a member of City Shock San Francisco, F.B.C., U.F.O Movement, J. Jun Productions and presently with M.O.M. (Mind Over Matter). Jocquese currently teaches Vogue at Dance Mission Theater & ODC Dance Commons. 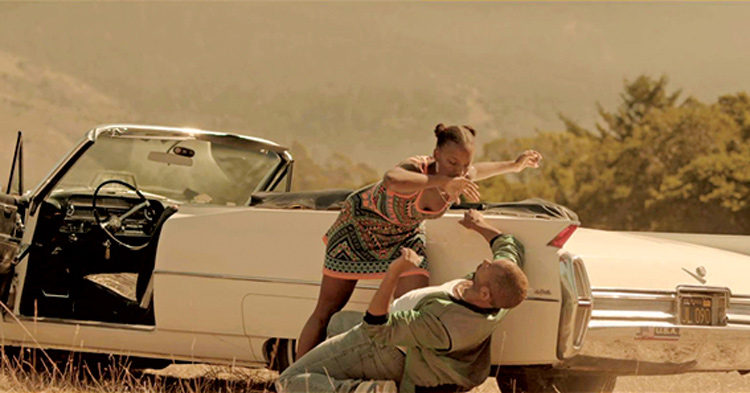 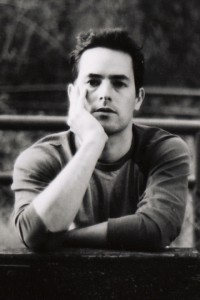 Trained at NYU and the Art Center: College of Design, writer/director Morgan Wise has filmed music videos for Bobby Brackins, Mat Zo, Collie Buddz, and Walter Meego, among others. His commercial work includes spots for Volkswagen, Nike, Adidas, and Google. Two-time winner of MTVU’s Best Freshman music video award, Morgan has been featured on MTV, MTV2, VH1, BET, and the IFC Film Channel. Morgan Wise is currently in development on his feature project, Western Addition, which was awarded the Kenneth Rainin Foundation Grant for Screenwriting by the San Francisco Film Society. 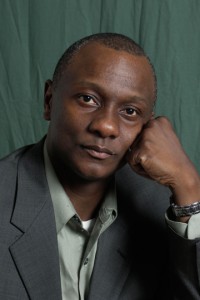 Since founding Robert Moses’ Kin in 1995 in San Francisco, choreographer Robert Moses has collaborated with prominent dancers, musicians, composers, sculptors, authors, poets, and designers to realize the concept of dance as a unifying form of art, an art form that speaks broadly from a specific place. While touring nationally and creating over 90 original works, Robert Moses’ Kin has earned a host of awards, including four Isadora Duncan Awards (IZZIES), the Bonnie Bird North American Choreography Award, a Bay Guardian Outstanding Local Discovery Award in Dance (Goldie) and a SF Weekly Black Box Award for Choreography. 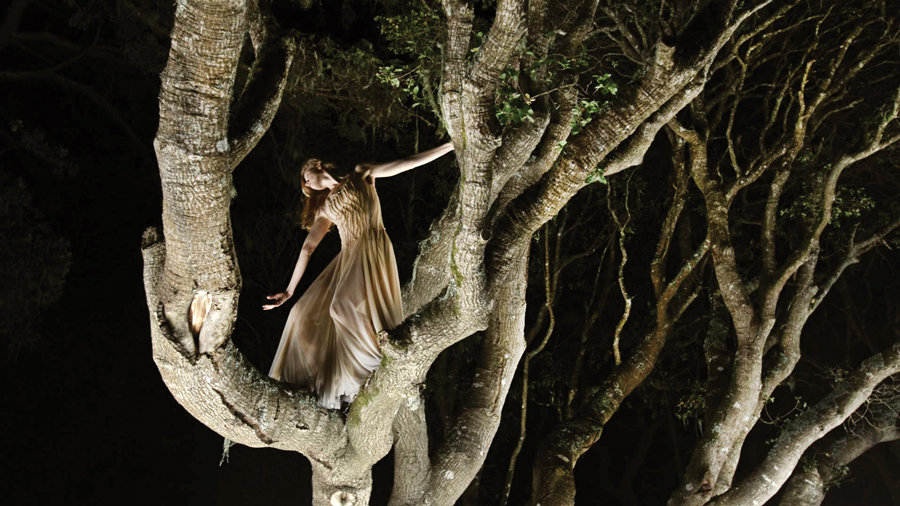 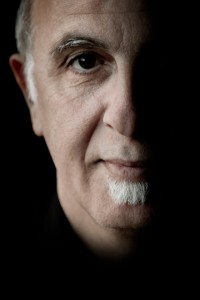 RJ Muna has been capturing dance images for over twenty years. Combining the physical energy of dance with the keen observation of photography allows him to move seamlessly between still and moving images. RJ’s approach to both begins with an understanding of how the human body interacts with light and movement, combined with a strong conceptual foundation. His many dance collaborations over the years have resulted in creative relationships that influence the artists on both sides of the camera. RJ’s film work has been featured in many festivals including Dance On Camera Festival, Dance Camera West, San Francisco Dance Film Festival, AI-AP International Motion Art Awards, and Art Basel Switzerland. He has won over 150 national awards, among them the International Center of Photography’s Infinity Award and a Lucie Award. RJ’s work has often been featured in magazines such as Communication Arts and Graphis Annuals, as well as Camera Arts Magazine, American Photography, and many other international publications. RJ’s fine art work is represented by several galleries nationally where he has had numerous solo and group exhibitions. 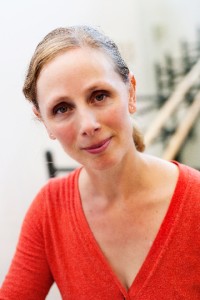 Julia Adam hails from Ottawa, Ontario. At age thirteen she entered the National Ballet School in Toronto, and upon graduation in 1983, Ms. Adam spent five years with the National Ballet of Canada, and joined the San Francisco Ballet in 1988, becoming a principal dancer in 1996. Among the choreographers that created works for her are Helgi Tommasson, Mark Morris, James Kudelka, Stanton Welch, Val Caniparoli and danced pieces by Jiri Kylian, William Forsythe, Nacho Duato. Upon retiring from the stage in 2002, Ms. Adam quickly gained recognition as one of the dance world’s rising talents in choreography. Her first ballet, The Medium is the Message, 1993, for the San Francisco Ballet’s Choreographic Workshop drew attention for her uncanny wit and unique sense of movement. Ms. Adam has been commissioned to create over 40 works for San Francisco Ballet, Joffrey Ballet, Houston Ballet, Ballet Met, Cincinnati Ballet, Alberta Ballet, Atlanta Ballet, Ballet Memphis, Nashville Ballet, Oregon Ballet Theatre, ABT II, among others. Ms. Adam’s most acclaimed ballet, Night, for San Francisco Ballet, was performed with that company at the Paris Opera’s Palais Garnier to a standing ovation. Ms. Adam has been featured in Dance Magazine, and has received the Isadora Duncan Award for Choreography.