A single event made Rudolf Nureyev the most famous dancer in the world. On June 16th, 1961, Nureyev defected in Paris at the height of the Cold War. Rudolf Nureyev: Dance to Freedom recreates those dramatic events.

It’s a story of Love and Betrayal, Ballet and Espionage; told by those who took part in it, and whose lives were changed forever. Rudolf Nureyev: Dance to Freedom uses powerful dramatization and original performance. It stars Russian Ballet star Artem Ovcharenko, principal dancer with the Bolshoi, as Rudolf Nureyev; and was filmed in St Petersburg and Paris.

Co-presented by San Francisco Ballet and The British Benevolent Society 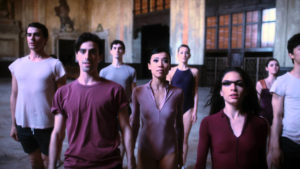 In the Countenance of Kings