For the 2019 Co-Laboratory, Dance Film SF is pairing Jodi Lomask, the founder and artistic director of Capacitor, and Bhautik Joshi, senior research engineer at Adobe, for the creation of a new virtual reality work Into the Neural Forest. In 2014, Lomask created Synaptic Motion and asked audiences, “What does creativity look like? Not the art or the artist, but the activity in the mind that generates creative work?” Into the Neural Forest will continue the quest that Synaptic Motion began. Through VR, Lomask, Joshi, and Capacitor’s eight dancers will take audiences through a larger-than-life neural forest. As audience members dynamically curate their own point of view, the audience members will become like neurons in action. VR will enable audience members to actually move through the performance and simulate the electrical firing of neurons. 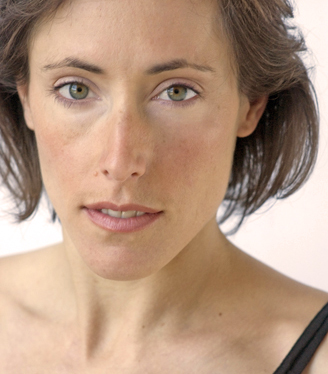 The daughter of a biomedical research engineer and a visual artist, Jodi Lomask spent her childhood going to laboratories and gallery openings. She weaves these two worlds into the tapestry of her work, creating highly visual, biological images and rhythms. Upon founding Capacitor in 1997, Jodi Lomask began exploring non-traditional combinations of arts and sciences through movement. Under her artistic direction, Capacitor created works that tackle the past and future of reproduction (futurespecies 2000), Earth’s place in the Universe (Within Outer Spaces 2001), the hero’s journey in video games (Avatars 2002), the deep Earth (Digging in the Dark 2004), forest symbiosis (biome 2007), sexuality of flowers (The Perfect Flower 2009), the ocean’s vital forces (Okeanos 2012), creativity in the mind (Synaptic Motion 2014), early childhood (When We Were Small 2016), and 20 years of sculpture in motion (Left To Her Own Devices 2018). 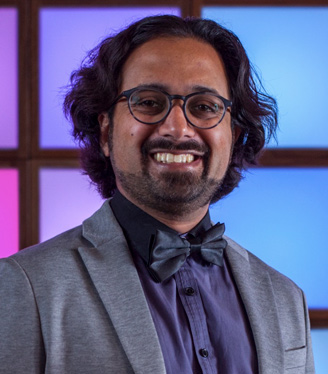 Bhautik Joshi is a Senior Research Engineer at Adobe, where he is continuing his work building tools at the intersection of science, engineering and art. His current explorations are focused on discovering what storytelling conventions and needs are emerging in virtual and augmented reality. Joshi specializes in not specializing and has worked on: broad and deep realtime data analysis at web-scale, developing tools for stereoscopy for feature films, motion capture, virtual and augmented reality, previsualization for TV, game development, real-time computing, signal analysis, surgical simulation, medical imaging and one memorable summer neatly folding clothing in chain retail.

Funding in part made possible by the Phyllis C. Wattis Foundation, the Fleishhacker Foundation, and The National Endowment for the Arts.