Regularly featured at SFDFF, Film Director Mitchell Rose was a NY-based choreographer prior to becoming a filmmaker. Since attending The American Film Institute as a Directing Fellow, his films have won 61 awards. The New York Times calls him: “A rare and wonderful talent.” Mr. Rose is a professor of dance-filmmaking at Ohio State University. What is the title of your film to be screened at the SFDFF?
Contact.

What was the inspiration for your film? A movement, an image, or a story? Or none of those?
In my and BodyVox’s last film, Advance, (that you showed last year) there was a moment where a dog comes up to the dancer and we naturally wonder,  “What’s going to happen when the dog gets to him.”  But before we ever find out ** SNAP ** we cut away.  We were interested in that moment of arrested anticipation.  So in this new film we wanted to explore that idea.  Oh, two people are going to crash together!  But it never happens, and the choreographic thread of the lead dancer parries into something else.

What kind of camera did you use to shoot it?
Canon XF100

Summarize your film in 3 words.
Where’d he go?

What color is your film?
Gray.

What did you learn during the creation process of this film?
Rent a heater. 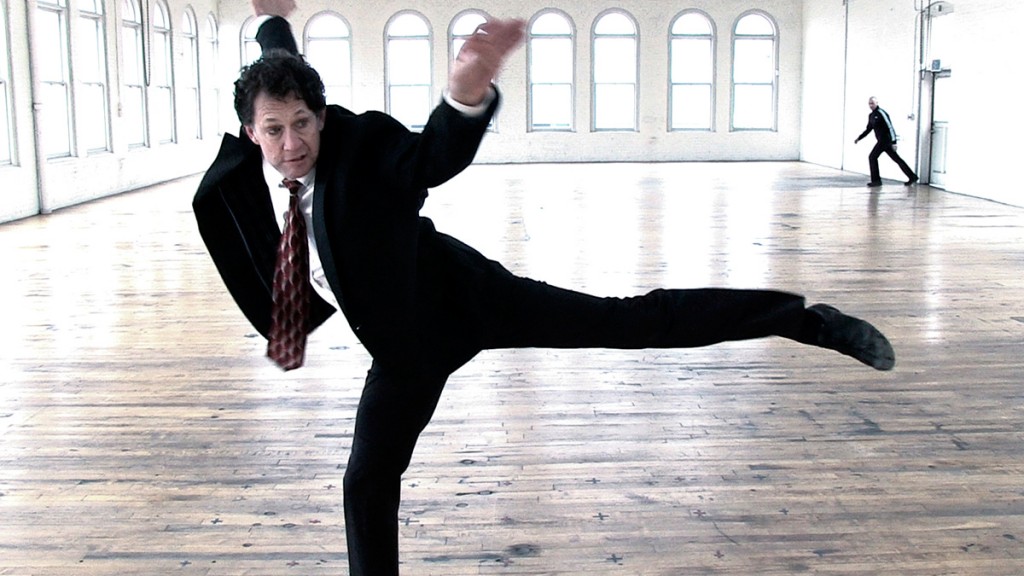 Co-Lab Behind the Scenes