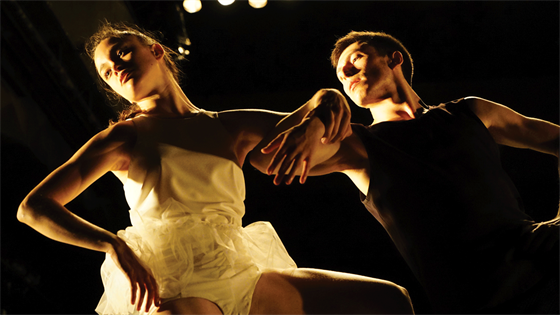 SFDFF is pleased to Co-present Mr. Gaga at the Jewish Film Festival.

Inspiring and tough, charismatic yet prickly, Ohad Naharin is Mr. Gaga, Israel’s rock star choreographer and the artistic director of the Batsheva Dance Company. Raised on a kibbutz in the 1950s and only receiving his first formal training at the age of 22, Naharin is a larger-than-life, picaresque hero, whose biography resembles a Who’s Who of modern dance. Naharin invented his own playful and exploratory style of movement called Gaga and returned to Israel where he went on to create some of the most provocative and physically demanding choreography of the 21st century. Mr. Gaga is a fascinating look at the life and work of one of the most unconventional figures in the contemporary world of dance. More Info

History of Dance on Screen

The Dancer to appear at NYC MoMA’s film series